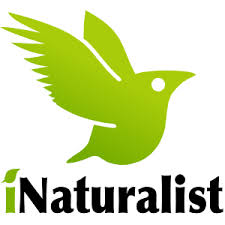 Mapping observations of fungi has always been a core objective of Fungimap. Initially, recorders sent in records by mail, then email, and now there is also an on-line form on the Fungimap website, or recorders can submit records via a spreadsheet. Records are stored in-house in a database, and from time to time data from this are sent to the Atlas of Living Australia.

However, the current methods of submitting records are relatively slow, especially as far as feedback, compared to emerging on-line and app systems.

Fungimap now recommends use of the iNaturalist platform, as a fast and accurate way to map fungi, and indeed all biota. Records on iNaturalist are largely based on images – you submit one or more photos of each observation, along with location and date (which can be extracted from the image metadata, or directly when you use the smartphone app).

iNaturalist is also proving to be a valuable learning and reference tool and allows fungimappers to engage with a community of citizen scientists.

Here is our analysis of the iNaturalist platform advantages:

Like any system, iNaturalist is not perfect and we will work on improvements such as:

Signing on to iNaturalist

You can make records in iNaturalist from a web browser and/or via apps.  Here is the app for Mac iOS users and here for Android.  You will need to sign up then follow the instructions.

Be part of the iNaturalist Fungimap community

When submitting an observation, you can add it to a “Project”. If you choose the Fungimap project, you will be prompted to add details of the habitat and substrate – which assists identification. There are already more than 16,000 records of fungi in the iNaturalist Fungimap project!

We are interested in your feedback – tell us here:

Some tips for adding fungi records to iNaturalist

If all else fails…

For the moment, we are still accepting fungi records by email to fungimapids@gmail.com, or via our website but we do encourage all recorders to engage with iNaturalist.