In late 2017 we were delighted to receive a Victorian Government Community & Volunteer Action (CVA) grant to support biodiversity protection and recovery actions. Our grant of $50,000 was used to focus on fungi across Victorian Catchment Management areas (CMAs).

We held eight training events across these CMAs over 2018-2019 and held events with local groups giving presentations, field work and surveys. We are developing region-specific identification kits for the Lost Fungi and some recognisable fungi.

Fungimap has always encouraged people to start learning a few easily recognisable fungi and continue learning from these easier to identify fungi. These have been referred to as ‘Target species’ and 100 of them are found in the field guide Fungi Down Under. Now in the digital age we are still encouraging people to start with Fungi that are photogenic and many are also recognisable both in the field and from images.

Fungi are rarely recorded in ‘environmental’ monitoring so to know what fungi are found anywhere we depend on enthusiastic local people who share their sightings with projects that feed into the Atlas of Living Australia. This is  Australia’s national biodiversity portal.

We encourage people to share sightings (also called records, observations or data etc.) One way of doing this is to join the iNaturalist community and join our Fungimap Australia Project.

People are getting on to our iNaturalist project to identify photos submitted, including from the Fungimap ID team. You have to ‘sign up’ with iNaturalist. Remember you are sharing data about your location so may wish to choose to obscure your position using the App categories of Open or Obscured or Private.

The photos need to be clear, and usually to show top and underside to have a chance of being identified (on iNaturalist), several images maybe needed. There is an identification algorithm that works well so always put your best identification shot first. It is also helpful to include a habitat shot so we get a sense of the local environment.

This platform has a system that recognises records as ‘research grade’ if the species has been identified to species by at least two people. Research grade records are added to the Atlas of Living Australia, which is also the ultimate destination of our Fungimap records. Contributing fungi records means we will learn more about the biodiversity of fungi and how this might change over time.

If iNaturalist doesn’t suit you, please feel free to continue to send records to the Fungimap ID Team – they are always welcome.

Protect our bush by arriving in the bush with clean and dry equipment, including footwear and hats. Below are two fungal weeds that are commonly spread by people, so best to Arrive clean. Leave clean!

Help us find our uncommon Victorian fungi. Not all fungi are not so easily recognisable and some of them are rarely seen. Some fungi naturally occur infrequently, or in low numbers or from only a single site or just a few. These uncommon fungi are at greater risk than common fungi as the reproduce infrequently. So to help conservation efforts we need to record both when they are seen but also when we have been to likely habitat or a known site where they have occurred in the past and record their absence.

We are encouraging people to share sightings, even historical, of our ‘Lost Fungi’ these are 15 rare or uncommon species of fungi. Little is known about these fungi so we need all the data we can find and hope fungal enthusiasts. We also hope that fungal enthusiasts will start to record these lost Fungi when they visit sites where they have been seen before. Or sites that are similar and that could be expected to be there but are absent and we will address this gap by capturing this ‘lost data’.

For the Lost Fungi NOT seeing them during surveys is important. Typical and traditional systems rarely record species that could be expected at a location but are absent at the time. We are addressing this gap by capturing what is called ‘lost data’ in a Biocollect project. We encourage the recording of site conditions and images to help inform conservation actions.

For more information on how to share data please download identification booklets below and visit our project applications: 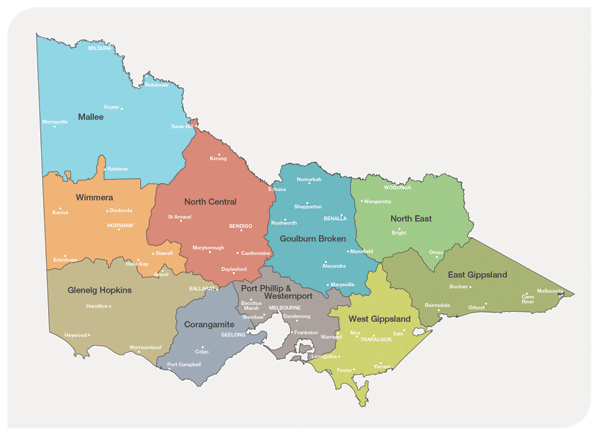 To get you started check our these local resources for most Victorian regions. These pdf’s print out as A5 booklets or A4 pages: