Local parks are often the only places people see fungi. After 20 years of revegetation using 320 species of locally indigenous plants, Westgate Park has become a biodiversity hotspot thanks to the work of the Friends of Westgate Park (now Westgate Biodiversity: Bili Nursery & Landcare).

60+ species of fungi have been recorded at the Park since 2011 along with 40 to 50 bird species recorded each month and countless invertebrates, turtles, bats, possums, lizards, snakes, frogs and other wildlife. 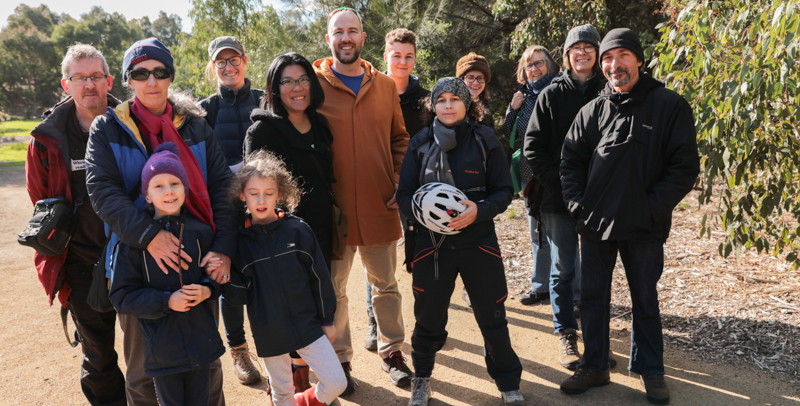 Westgate Biodiversity holds forays when conditions for fungi are good and in June this fungi team discovered 21 species. Records have been loaded onto iNaturalist for verification.

There is great potential to improve biodiversity in urban parks by planting them with locally indigenous species. Westgate Park, just 5km from Melbourne CBD was formed 40 years ago by rubble trucked in from around Melbourne, planted out with non local species then basically neglected.

Since the friends group started in 1999 thousands of truckloads of mulch have been brought into the Park and broken down by fungi to create topsoil.  In large areas, trees are now mature and natural leaf drop makes mulching unnecessary. Observations are that in these areas fungal diversity is highest, assisted by the practice of leaving logs on the ground, often rescued from the Yarra river bank.